Today I had to do something that I never thought I would.  I sent my husband (at work) a 4-letter word message.  Just 4 letters. At a point where I didn't know what else to do - scared to no end - the world around me spinning faster than I could handle - and the only thing that popped into my head & that I was able to communicate was a dreadded 4 letter word.

That 4 letter word for some reason takes so much for me to ask for - and when I do, I feel almost shameful.  It's literally acknowledging that I can't do it on my own & I need someone else to assist me.

Then - my husband appeared at my car window - tapping to get my attention as I lay there with my eyes closed to the spinning world around me - and I was filled with the realization of another 4 letter word that I like so much better.

Run your own race
by Dan Digmann

I realize we aren’t all runners, but hear me out on this.

So the other night I was running on the indoor track at Central Michigan University’s Student Activity Center. It’s where I run in the winter. Not that I mind the cold outside, but it keeps my MS-numbed feet and me from running/slipping/falling on the ice and snow.

Nine laps make a mile. The middle lane of the three-lane track is intended for runners. And this time of year, the SAC track is packed with college coeds eager to sculpt their bodies into spring break shape.

This is my fifth winter running at the SAC, and I had an epiphany the other night when a runner blew past me at lightning-fast speed.

Here's a photo of me running at the SAC that was featured in a Morning Sun article last year.
In previous years I would have trashed talked him in my mind, calling him a showoff and wannabe and thinking how damn funny it’d be if he tripped and fell. Nothing hurt but his pride, but that’d be enough vindication for me.

But this year a kinder, gentler Dan had a more mature thought about this man who sprinted by me as though I was standing still. Rather than hate him, I truly saw myself in him. Because that was me … just two days earlier. I was the one blowing by everyone else.

So many times with MS and life, it’s easy to compare myself to how and what other people are doing. Who would have thought a keeping-up-with-the-Joneses attitude could work its way into living with a chronic illness?

This is where I’m grateful I got into running because the lessons I’ve learned there have helped me to mentally move forward in my life with MS.

Oh sure, it’s great to place among other competitors. But even then, are we satisfied? One time several years ago I honestly placed first in my age group. Rather than fully celebrate first place, I downplayed it and made excuses (“But there were only two in my age group!”). I imagine I would have been more proud and perhaps even bragged about it had it’d been a personal best.

So I try my best to focus on what I’m doing in running and in life and compare it me. My dreams. My abilities. My circumstances. My goals. My personal best.

And how my personal best compares to everyone else is either excused by my disease – “Yeah, but I have MS” – or an added point of pride – “Yeah! AND I have MS.”

Know yourself, and run your race.

Taking My Brain Back from Multiple Sclerosis
by Diane J Standiford 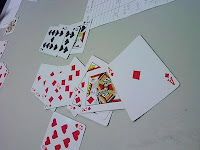 In my new life at the assisted living/retirement community I had to move to (TWO YEARS AGO! WHERE DID THE TIME GO?), there rages within me the desire to build some new brain cells and paths up there. Many firsts and "never tried before"s have taken place. I hope my brain is growing a bit.

When we are babies, EVERY day is packed full of "never tried before"s, then with each passing year we try less and less, just a fact of being human. So, while I know I'll never catch up with that growth during my earliest years, I will do as much as I can.

Never ate peppers before. Never played Bridge. Never met so many people. Never wrote so much. Never read so much. Never typed so much. Never ate oatmeal, grits, Gouda cheese, asparagus, beef jerky, my stomach must be going crazy. Never spoke Swahili. Never learned so much about the Bible or Beverly Hills. (I thought Palm Springs was in Florida--all knowledge from Blogs I've followed.) Never used skin cream. Well, just never have done so many new things since I was a baby. And you know what? I think it is working. My brain says it is having a blast.

Last week I played a great hand of Bridge. Got the cards and played them well. Nine diamonds, partner opened a spade, I countered a diamond, then back with 3NT. (Spade lead might have sunk me.) My dummy had 2 aces and west lead went low right to her! She also had two diamonds. Perfect. Yes, after over a year, I am beginning to be able to play Bridge.

Now, a game like this covers it all---being social with live people (not that any of you are dead, but we don't have to use as much of our brain with facebook friends or when reading a comment/blog, we basically rely on previous brain paths to decide if the words are sarcastic or serious or neither or both) forces the brain to interpret many body gestures and verbal cues. Shuffling the deck of cards (which I could not do at ALL 2 years ago, but now do it with a passing C), dealing them (again, took over a year) and holding 13 cards, all digging those brain paths.

Taking my brain back from multiple sclerosis is my new destiny. I didn't chose MS, but I can chose this. I am putting action behind the words, "Fight MS," because we really are at war here. When I read those who post "Fight MS" (in blogs and Face Book), they too often are charging straight into drugs or surgery, both which have yet to be without a doubt proven to help MS AT ALL! (That's right, I said it, again, some YouTube videos and people in an early stage, RRMS, or complete undocumented by the medical establishment/scientists stories of great turn-arounds, are not cutting it with me, *I* could have made those videos and told of such success myself after my diagnosis in 1990---and the only culprit was the natural and proven course of MS doing its thing, being healed by my own body in ways no, NO, medical researcher knows.)

Now!
by Judy of Peace Be With You 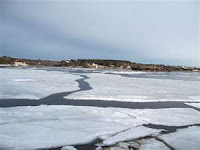 Share the urgency.
That should be the call to arms
of all MSers.

What is evident:
time is not on our side.
Quite the opposite.


The following video was sent to me by one of the persons who worked on this mini-documentary.  It is presented by BYUtv.

Finally, I want to congratulate Marc Stecker, the Wheelchair Kamikaze, for being named the Best Patient Blog of 2010.  Way to go, my friend!!


This concludes the 82nd edition of the Carnival.

The next Carnival of MS Bloggers will be hosted here on March 3, 2011. Please remember to submit a post (via email) from your blog of which you are particularly proud, or which you simply want to share, by noon on Tuesday, March 1, 2011.