Depends
by Laura of Shine the Divine 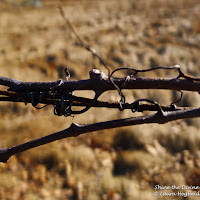 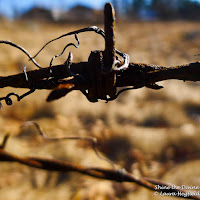 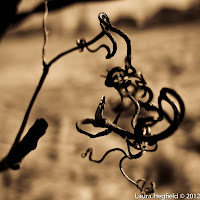 MS-behaving... A flare in symptoms began yesterday morning. I'm trying to look at this from a particular perspective... so much depends upon perspective! This has been the longest remission period I've had since 2009 ...almost three months of feeling pretty darn good with Gilenya. I am grateful for the reprieve. We'll see what the doctor says later today, I think she will want to see me and likely do an MRI. Maybe there won't be any new lesions, just an unexplainable reactivation of old ones. Life, I have learned, generally does not go as we plan, it is best to expect the unexpected, open to the possibility of blessings in every moment and wait for them to arrive. I watched the sunrise this morning, golden and glorious. An attitude of gratitude is amazingly healing! Also, the Michael Jackson Myoclonus MoonWalk thing my right leg does at times like this is propelling me forward, typically when this symptom starts up I can only move backward...I'm taking this as a good sign! (Honestly I do feel disappointed and frustrated too, but one can feel this, have a sense of humor and gratitude all at the same time. )

Yesterday, I fell. Outside. With help. Ow.
It was an hour or so away from my physical therapy appointment. Despite not having gone since, um, December ... after falling that time inside on their throw rug in front of the coat closet ... I sucked it up and decided that I was going to brave that evil throw rug, that it wasn't going to let me down again, ha HA!

So, I got dressed, covering up anything that might need to be covered in this Denmark cold. Brrrr... Did I say, 'Brrrr' already? It bears repeating, as it's f*€&ing cold here.

Once downstairs and out at the street -- which took some time, having to walk from our apartment building past a few more to get to the street -- I rang for a taxi. It didn't take long until one showed up, and the driver jumped out to assess -- maybe that needs a few more 'ass'es in it, and you'll see why -- the situation.

When he arrived, I'd been sitting on the seat of my wheeled walker thing, brakes on and all. I stood up and arranged myself, made sure my hat was on, double-checked that my mittens were still in the pouch attached to my wheelie thingie, and took off the brakes of the wheelie (well, if I have to call it anything, I suppose this will do ... just as long as I don't name it, as then you know that I'm toddling down the road to Crazy Town) so that I could cross over to the taxi, which was parked maybe three metres away.

The driver came over to help me, or at least I thought he did, and maybe he thought he did, too. He put his hands on my wheelie and started pulling and pushing it, faster than my feet could keep up. I wrestled it from his grip once, gathered myself and forged on ... only to have him put his hands on it again, to push it faster than I could keep up with. Almost to the edge of the first sidewalk, I figured that I had to keep on with it.

Between the first and the second sidewalks, there's gravel and dirt and such. I was trying to walk over it, and the driver was pulling me onwards, when ... I don't know exactly what happened, but I tripped or something, and I grabbed furiously for something to keep me upright, but ... it wasn't there, and I fell, partly on the wheelie, partly on the gravel.

There I was, the wheelie partly overturned and partly beneath me, and the taxi driver holding onto it still, saying something about how I needed to stand up straight. Fuck, if I could stand up straight to begin with, I wouldn't have to use this thing to help me walk!

I remember trying to stand, but something happened, I don't know what, but I went ass over teakettle to the ground, hitting my head and shoulder and hip and ...

This was one of those times I count as lucky and fortunate that the company that Per works for is on the same street as we live, as a man came over to where I was sitting on the ground and said that he'd seen everything and wanted to know whether I needed help. Luckily, he was heading to the very company where Per works (and which used to employ me before all this MS shit kicked me in the head!), so I gave him Per's name.

The taxi driver left before Per could get there, possibly as he was afraid of getting his arse kicked. Yes, he left me sitting on the ground, which I considered to be a well sight safer than anywhere else at the moment.

In the end, Per walked me home, gave me pills to ward off the pain that I knew was coming, made sure I had plenty of whatever I needed, kissed me and rubbed his cheek to mine, and headed back to work.

It's been a long while since I fell outside, but now, I guess, it's a much shorter while. Here's hoping that the whiles get longer and longer between...

N.B. In the midst of all this MS stuff, I'm also having hot flashes. Thence, the fact that, despite the brrrr factor of the weather here in Denmark, my mittens were off.

MS Messes With My Dignity...Or Am I Looking At It Wrong?
by Living with MS? Me too, Let's Talk

I am by nature an upbeat person-but in the 23 years I've lived with MS, I have found that this illness can really have an effect on my dignity. Before MS progressed to the point where it was causing obvious balance, cognitive issues etc. I was an executive and presented myself in a professional manner at all times. As time has passed, I have had to learn that shoes and bags don't "have to match", caftans have replaced my business attire, and I can no longer style my hair or apply make-up as well as I once did...these issues of course, aren't "life altering things" but were always important to me. But, more importantly, MS has made it necessary for me to "re-define" my style.

At first, it truly effected my self-esteem, as I hardly ever felt well "put together anymore". And, during conversations, I can't find words to finish a sentence. I wear a high brace on my weak leg, and it requires not so pretty shoes. Can you imagine putting on a cocktail dress with a pair of sport shoes, haha. I don't think so...

Even though my husband is wonderful and has taken over the household cleaning, laundry etc. I still after all this time, feel so guilty because I don't feel as though I pull my weight, as the old saying goes.

When I use to still drive and would do the grocery shopping, I would be bringing the bags in and before I could finish I would completely wet all over myself. I'd have to go in and shower before I could even think about putting the groceries away.

So, I ask-where is the dignity in that? Darn MS...One of the synonyms for dignity is poise-well, believe me, you can't have much poise when you'er walking with a brace and using a cane-and praying-Dear God, please keep me on my feet...And, as the girl in the graphic, I "do" hold onto walls in the house when necessary.

Well, MS can and has taken quite a bit of my dignity, but it will never take away any of my spirit. I love and appreciate each new day. So, I'll wear my caftans, brace and ugly shoes, but I'll always hold my head high because God has given me this life to live, and I above all else, I want to please him and have him tell me at the end-my daughter you have run the good race...﻿


This concludes the 109th edition of the Carnival.  The next Carnival of MS Bloggers will be hosted here on March 15, 2012. Please remember to submit a post (via email) from your blog of which you are particularly proud, or which you simply want to share, by noon on Tuesday, March 13, 2012.