Ignorance is Bliss
by Alison of Beauty and meaning in a broken world
When I was 28 I was living up a steep flight of stairs, and I noticed that my one leg was weaker than the other. It carried on for a while so I went to the doctor to have it checked out. The doctor looked puzzled and told me that if it carried on she would like to have me tested for MS. Well, I was horrified and felt that she must be a terrible doctor, rather than thinking that it may be true. For of course I could never have MS, not me! The obvious course of action for me was to never see her again }: (

I then forgot all about it.

Well of course I was wrong and she was right, but in some ways I am glad that I didn't know until my 40's as there was not much that could have been done back then and it saved me a lot of anxiety. I didn't have many problems, mainly tiredness. I found it hard to ski or skate but I just thought I was unco-ordinated and it wasn't a problem. I also suspected that I had a problem with my immune system, but put it down to having had a bad case of mono as a teenager.

Now MS is affecting many things and I have come to terms that this has happened to me. But I am glad that I had less to worry about and that I was able to tackle some other tough things while oblivious to the time bomb that was ticking away. I do feel for those that have know for much longer and have had worse symptoms than me. MS can make life such a struggle and I know that I have been spared from something that could have been much more difficult. 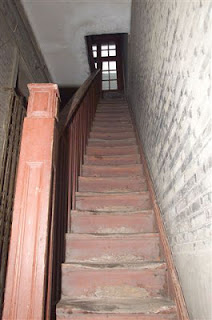 This concludes the 134th edition of the Carnival.  The next Carnival of MS Bloggers will be hosted here on March 14, 2013. Please remember to submit a post (via email) from your blog of which you are particularly proud, or which you simply want to share, by noon on Tuesday, March 12, 2013.