Humility and Grief, Neuro Ourselves


A River of Stones, July 13
by Laura of Shine the Divine

Small Stone:
Some mornings it seems the tub is filled with an equal measure of clear water and tears. They trickle down my cheeks becoming one with the bath as I imagine a former joy that is now impossible. I see myself stepping out, drying off, dressing (that I can currently do) and taking a walk through the quiet neighborhood before anyone else is awake; wheelchair and assistance free.

More pebbles in the river of my mind:
The loss of independence seems unbearable at times. Asking my daughters to push me up and down the hills of our neighborhood in my wheelchair feels like begging. It is hot. They don’t want to get up early while it is cool. They are teenagers. My belly aches, my jaw tightens, as embarrassment seeps into the hole where pride struggles to stay planted. I weep into the water, knowing that I must ask for help to go outside in the oppressive summer heat if I want fresh air (not that it is any different in the cooler months, I still can’t manage the chair by myself on the hills).

Then I contemplate all those in the world whose suffering is far greater than mine will ever be. A flicker of shame is sparked briefly, until compassion pours into the craggy spaces tangled with conflicting thoughts and emotions, nourishing the roots of dignity grafted to pride, transforming self-pity to acceptance, opening to lovingkindness for all beings.

You think you are done grieving, until a new wave washes over you. So it is, so it is. I meet the sadness with a gentle hug, arms wrapped around legs, hands resting on opposite shoulders, forehead on knees, grateful I can still bend into this posture of humility. This flexibility that still remains is a gift, I know. I am grateful.

The Accidental Expert
by Judy of Peace Be With You 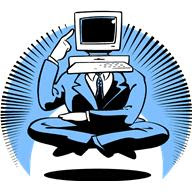 Unexpected task
having to research and find
my own solutions.

Some will remind me
I did not attend med school
and am no expert.

Here is the problem.
Experts themselves lack answers.
Whom do I turn to?

With all of the other medical issues going on I decided to take advantage of the fact that my Medically Needy Share of Cost had been met and try to get an appointment with my new neuro, Dr. Silliman, at Shands Jacksonville Neurology Department. He had been the lead investigator in my TRANSFORMS clinical trial and was very familiar with me.

I didn't have a neuro outside the study (long story; last neuro had a stroke) and I had sort of been leaning on the trial to do all the neuro-esque stuff to me and catch anything that needed catching. In the trial I was poked and prodded and tested to the brink of insanity every three months.

So I called a couple weeks ago and got the person in charge of scheduling. She says "can you come at 3:20pm on June 23rd? It's the ONLY appointment he's got left for this month." And my answer is "of COURSE I'll be there! Put me down for it."

So I plan my trip accordingly. It's a 1.5 - 2 hr. drive to get there depending on how you go (I take the long scenic SLOW route as opposed to I-95 which scares me to death.) and I made sure to work in a planned stop to JoAnne's Fabric store so I could feed my new addiction - sewing clothes for my granddaughter. I also planned to stop for something to eat at Crispers which was on the way and has really tasty soups and sandwiches. (I had the Citrus Chicken Wrap <-- totally awesome!).

The ladies exchange glances that tell me they are bracing for the Angry Patient Response that they both know is coming. She asks for my name and tells me to come sit at the chair in front of her desk like letting me sit in the comfy chair will make what she's about to tell me all better.

I sit down and she starts clackity clacking on the keyboard doing stuff with that number pad over on the right that I never ever use. I hate when they do that because I can't figure out what they're up to. Then she stops suddenly and said, "You were bumped."

She said "They didn't call you?"

Me: "Look, I just drove for 2 hours to get here and I'm not leaving until someone sees me. I was told this was his last slot for the month and my share of cost is met and it's the end of the month practically so I guess you need to find another neuro who can squeeze me in."

(she makes that "eeesh" face, upside down smile thing with open mouth that suggests that might not be too easy)

"See, he had his schedule cleared for this afternoon because graduation is today." (I keep forgetting it's  a teaching hospital).

"Yeah, well that's fine but it would have been nice to KNOW 2 hours ago before I wasted my day and thirty bucks in gas."

I sat down again (having stood up when I became irate) and said "I'll wait here until you get something figured out because I'm not leaving until I see a neuro."

She left and came back about 15 min later telling me Dr. Nameaslongasyourarm would see me and whisked me away down a maze of hallways that ended up looking awfully familiar. The spot I ended up in was one of the exam rooms over on the Research side where I always went during the trial. I was "home" and immediately felt comfortable.

I saw a guy in a white lab coat who seemed a little unsure of stuff I was telling him. I was guessing it was due to the fact that I'd been on Gilenya for nearly 4 years while it's only been approved since last September. I was thinking maybe the doctors who weren't involved in the study aren't as well versed in the stuff. Either that or they put a lab coat on the janitor and told him to wing it. Turns out the truth was somewhere in the middle. He was a resident. When he brought up my MRIs on the computer and had my initial one from the study side by side with the latest one from Jan 2011, I started asking questions he couldn't answer. Then he starts whapping me with that rubber mallet and when he hit my left knee I kicked him.

I didn't meant to kick him, but shouldn't a neuro who is examining an MS patient have sense enough to stand to the side when testing their reflexes?? He abruptly left the room. Wow. What a wuss. I only kicked him in the shin. It wasn't like I nailed him in the privates or something.

He returns with another guy in a lab coat who seems a whole heck of a lot more at ease with himself and confident. He shakes my hand and introduces himself as Dr. Somebodyelsewhosenameiforget. He takes the mallet from the first guy and gives me a whack. Immediately I could tell he knew what he was doing. He stood off to the side as my leg flew up as if to launch the winning field goal.

He turns to the janitor and says "You're right! Her reflexes ARE brisk!"

Then he taps me all over, watches me walk, and looks in my eyes. This is when he said "I see some optic pallor more prominent in the right eye than left."

Whoa! Back the truck up! I have never had an MS related issue with my eyes so the way he said it, like it should be no surprise, surprised me.

Of course I had to come home and google it. I'm not buying what he's selling though because none of the real eye exams by the neuro ophthalmologist ever revealed any issues whatsoever, so this guy with a pen light and no dilation drops isn't about to intimidate me. I don't care what he thinks he sees.

Speaking of what he saw, he also looked at my side by side MRI scans and got them to sync so that he could scroll through matching image slices like seeing my brain melt away from the top down and compare things. He stopped at one point to teach the janitor/resident about Black Holes. Apparently I have one. News to me.

A Black Hole is where MS has done so much damage that not only is all the myelin all gone but so are the axons it was meant to protect. Total nerve annihilation. He did say that it was so small I probably didn't even have any noticeable symptoms from it.

They did a blood draw after my prompting and a little researching on their smart phones once I mentioned that in the trial they did blood work every 3 months especially since there can be elevated liver enzymes. No mention of any eye exam, PFT or any other test that was so common place during the study.

I left there feeling a little less confident about my eyesight and my brain, but decided they may not know what they're talking about. I'll wait until I get to see the neuro I'd intended to see. I was told to make a 3 month follow up with him.

The day after my appointment I got a phone call. It was a courtesy call to let me know I was getting bumped... from my appointment the day before. Duh.

This concludes the 93rd edition of the Carnival.

The next Carnival of MS Bloggers will be hosted here on August 4, 2011. Please remember to submit a post (via email) from your blog of which you are particularly proud, or which you simply want to share, by noon on Tuesday, August 2, 2011.